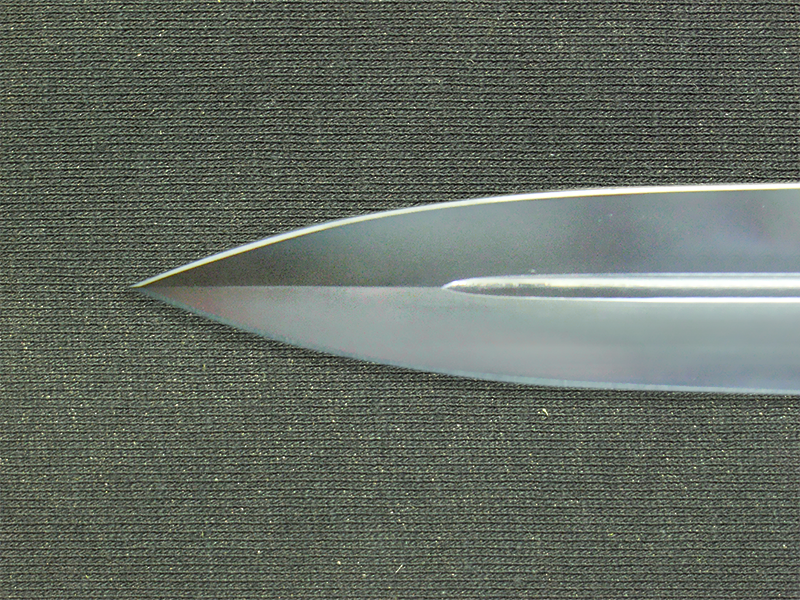 Because of the frequent issues that occur with blades and not with other parts of a knife, I want to address blade cleaning separately. Keeping your blade dry, wiping off fingerprints with a soft cloth or chamois, and avoiding moisture during or right after use will help to maintain your blade. For knives that come with a sheath, never store the knife inside the sheath for long periods of time. It is best to store your knives in the open air. This applies to both leather and Kydex sheaths. The chemicals used to tan the leather can react with the moisture in the air while Kydex sheaths can trap moisture leading to condensation inside the sheath, both of which would cause corrosion and rust on the blade.

Common signs of oxidation are: the blade turning dark, or black, and blue stains appearing. Oxidation (tarnishing) is a natural process that happens with almost all high-carbon steel blades and is hard to stop. One common method to stop oxidation is to perform a forced patina on your blade. Forcing a patina on your blade is a blog subject on its own, and will be addressed in a future blog. It should be noted that when you are experiencing tarnishing (surface oxidation), it is critical to keep your blade clean and oiled. Keeping your blade clean and oiled will prevent surface oxidation from turning into corrosion or rust.

There are hundreds of steels that fall into the “Stainless” classification, making the name “Stainless” quite misleading. While most stainless steels are less susceptible to corrosion and rust, they are not totally immune to it. However, removing corrosion and surface rust is a fairly simple process. Surface rust is basically rust that has not impregnated into the steel and is only on the surface of your blade. Before you try and remove any rust, make sure your blade is clean using the “General Cleaning” methods described here.  Sometimes, very light surface rust can be removed by wiping the blade down with oil using a soft cloth. Heavier rust will require a more aggressive and abrasive method. To remove heavy rust use a polishing paste like Simichrome or Flitz. Apply the polishing paste to the blade. Using a soft cloth in a circular motion, polish out the blade. It may take multiple applications to remove all of the rust. When dealing with rust that has impregnated into the steel, use the same method above. Note: Realize that after you have removed the rust, more than likely, there will be pits and pitting in the metal of your blade. When you have completed the blade cleaning process, you will want to apply a light coat of oil on your blade for protection. 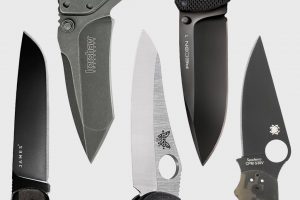 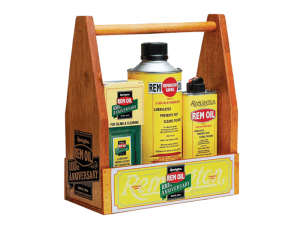